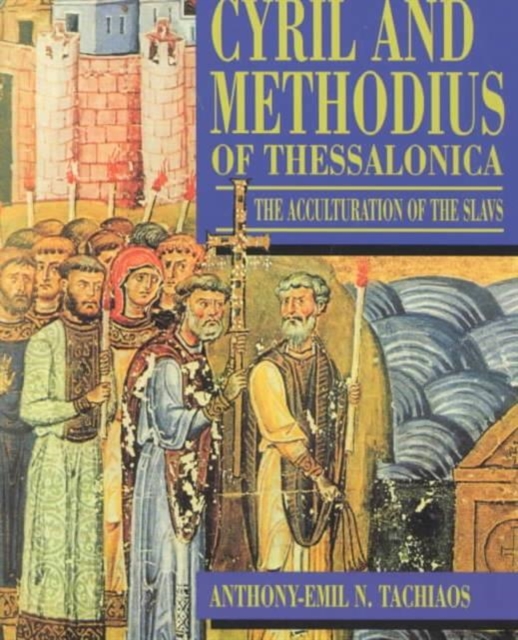 At the height of the tumultuous developments taking place in Central and Eastern Europe in the ninth century, two Greek missionaries from Thessalonica came to the fore.

Through their work of acculturation among the Slavs, these brothers Constantine-Cyril and Methodius wrought far-reaching and lasting changes upon European life.

This book looks back over the life and work of these two figures and analyzes their ecclesiastical and cultural mission.

Life in ninth-century Thessalonica was strongly affected by the presence of Slav raiders presenting a problem for the Empire.

To deal with it the Byzantine policymakers devised the Slavonic project and invited the brothers to play a part in it.

They embarked upon careers in the service of the Church and the State, undertaking missions of vital importance to both.

Their presence in the Crimea was closely bound up with several aspects of Byzantium's ecclesiastical policy and programme of acculturation, as also with the Russians' first encounter with Christianity.

Working intensively, Cyril and Methodius created an alphabet for the Slavs and gave them the written word on a high intellectual level. In presenting the Slavs with an alphabet and the written word, the brothers transmitted to them the world; and thus it was in Cyril and Methodius' time, and thanks to their work, that Great Moravia reached the height of its vigour and prosperity as a central European state.

The Cyrillo-Methodian tradition lived on, spreading out among the Slavic peoples and laying the foundations of their spiritual life.