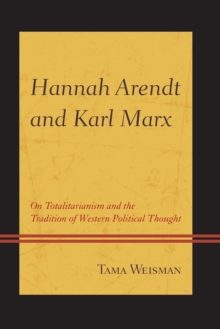 Hannah Arendt and Karl Marx : On Totalitarianism and the Tradition of Western Political Thought Paperback / softback

Hannah Arendt and Karl Marx: On Totalitarianism and the Tradition of Western Political Thought is the first book to examine Hannah Arendt's unpublished writings on Marx in their totality and as the unified project Arendt originally intended.

In 1952, after the publication of The Origins of Totalitarianism, Hannah Arendt began work on the project "Totalitarian Elements in Marxism." First conceived of as a companion to The Origins of Totalitarianism, Arendt neither completed this project, nor its subsequent revision, "Marx and the Tradition of Western Political Thought." Filling in many of the gaps in our understanding of the trajectory of Arendt's thought from the time she published Origins in 1948 to the publication of The Human Condition in 1958, Tama Weisman traces and evaluates the development of Arendt's thought on Marx, how his thought could be used toward totalitarian ends, and his place in the tradition of Western political thought.

Although highly critical of much of Arendt's reading of Marx, Hannah Arendt and Karl Marx advances a persuasive critique of Marx implied but never developed in Arendt's Marx project.

Drawing on several of Arendt's more persuasive criticisms of Marx in combination with her evaluation of the tradition of Western political thought, Weisman makes a compelling case for the charge that when Marx left philosophy to change the world, he paved the way for the loss of our sense of awe and wonder in philosophical, political, and worldly experience. 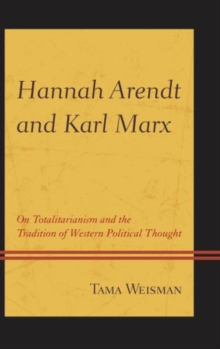 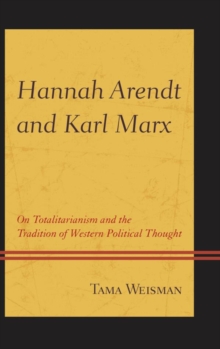