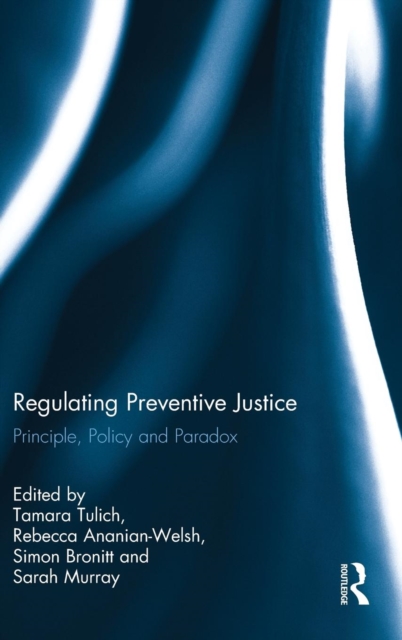 Like medicine, law is replete with axioms of prevention. 'Prevention is better than cure' has a long pedigree in both fields. 17th century jurist Sir Edward Coke observed that 'preventing justice excelleth punishing justice'.

A century later, Sir William Blackstone similarly stated that 'preventive justice is ...preferable in all respects to punishing justice'.

This book evaluates the feasibility and legitimacy of state attempts to regulate prevention.

Though prevention may be desirable as a matter of policy, questions are inevitably raised as to its limits and legitimacy, specifically, how society reconciles the desirability of averting risks of future harm with respect for the rule of law, procedural fairness and human rights.

While these are not new questions for legal scholars, they have been brought into sharper relief in policy and academic circles in the wake of the September 11 terrorist attacks.

Over the past 15 years, a body of legal scholarship has tracked the intensified preventive focus of anti-terrorism law and policy, observing how this focus has impacted negatively upon traditional legal frameworks.

However, preventive law and policy in other contexts, such as environmental protection, mental health, immigration and corruption has not received sustained focus.

This book extends that body of scholarship, through use of case studies from these diverse regulatory settings, in order to examine and critique the principles, policies and paradoxes of preventive justice. "Whereas earlier scholars looked upon preventive justice as a source and means of regulation, the powerfully argued contributions to this volume provide forceful reasons to consider whether we would do better talk about regulating preventive justice." Professor Lucia Zedner, Oxford University