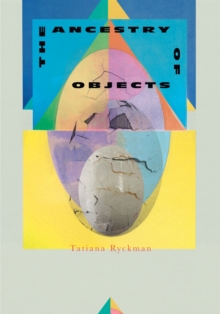 The Ancestry of Objects Paperback / softback

A young woman meets a man at a restaurant. They exchange words only briefly, but by the end of the week he has entered her world with an intensity rivaled only by her desire to end her life. Told with the lyrical persistence of a Greek chorus, The Ancestry of Objects unravels the story of the unnamed narrator's affair with David: married, graying, and in whose malcontent she sees her need for change.

Religion, the mystery of her absent mother, and the ghosts of her grandparents haunt her meetings with him.

Memories start, stop, and loop back in on themselves to form the web of her identity and her voice-something she's looked for her whole life.

Nothing can fill the voids of time and loss; not God, not memory, not family, and certainly not love.

This is Ryckman - a master of the obsessive, desirous, complex exhaustion of human relationships - in peak form.