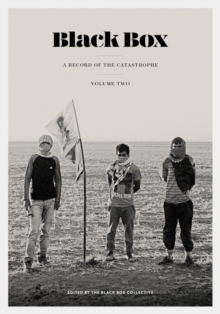 Edited by The Black Box Collective

Record of the Catastrophe Volume Two. As the serial disasters of capitalisms crisis continue to batter the world, Black Box is a device for recording, analysing, and transmitting events as they happen.

But it offers neither dire predictions nor false hopes.

Instead, it embraces the mystery. The second volume brings together reports from North African refugee camps in Europe thinkers ruminating on Walter Benjamin while walking the streets of Palestine a freezing night in Tucson, Arizona a London cityscape that reflects the architectural power of finance capitalism meetings of French Maoists in the 1960s and much more.