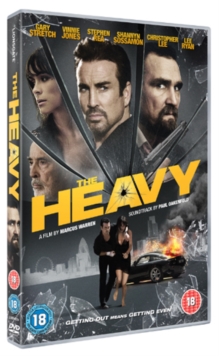 British crime thriller starring Gary Stretch as Mitchell 'Boots' Mason, a down-on-his-luck ex-con who is given a once-in-a-lifetime chance simultaneously to revenge himself upon his estranged parents (Christopher Lee and Jean Marsh) and pay off an outstanding debt to his shady crime boss Anawalt (Stephen Rea).

How? By assassinating his own brother, Christian (Adrian Paul) - who just happens to be a high profile politician and potential Prime Ministerial candidate.

However, Boots's plan starts to fall apart when he becomes involved with Claire (Shannyn Sossamon), the student whose flat he is using to carry out the crime, and finds corrupt cop Detective Dunn (Vinnie Jones) hot on his trail.