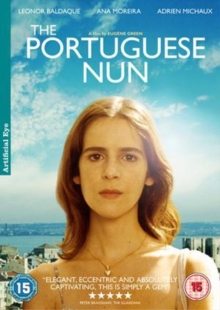 Drama starring Leonor Baldaque as a French actress who discovers that art mirrors life while on a shoot in Lisbon, where a chance encounter changes her life.

Julie de Hauranne (Baldaque) is the star of a film based around the story of a nun who embarks on a relationship with a soldier.

Directed by Denis Verde (played, appropriately, by director Eugène Green), the film demands that Julie immerse herself in the role and utilises actual places of worship in Lisbon as settings.

While filming in one such location, a local chapel, Julie becomes fascinated by a nun who appears to pray non-stop.

The encounter with the woman moves her greatly and leads her to reflect upon the path she has chosen, her identity and the possibility of a different future.