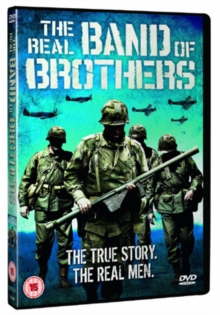 The Real Band of Brothers DVD

Documentary telling the true story of the soldiers of the 101st Airborne division, whose story was told in the television series 'Band of Brothers'.

From the D-Day landings and the Battle of the Bulge to the occupation of Hitler's stronghold known as the Eagle's Nest, the programme retells some of World War Two's most defining moments from the point of view of those on the ground.