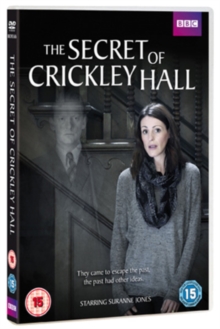 The Secrets of Crickley Hall DVD

A year after their young son Cabe goes missing without trace, Eve (Suranne Jones) and Gabe (Tom Ellis) Caleigh decide a change of scene would help, and set out with their daughters for what they hope will be the rustic delights of Crickley Hall.

Shortly after arriving in the Devonshire village of Devil's Cleave, however, the family start to experience strange paranormal events, which somehow seem to be linked to the disappearance of their son.

As the story continues to unfold, both in the past and the present day, the Caleigh's soon come to realise that the darkly gothic mansion possesses a secret evil from which they can't escape.