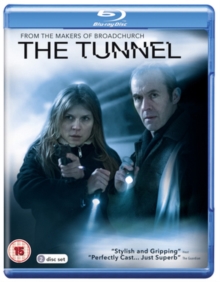 Stephen Dillane and Clémence Poésy star in this British/French crime drama series based on the Scandinavian show 'The Bridge'.

When the body of a French politician is found between the UK and France, detectives Karl Roebuck (Dillane) and Elise Wassermann (Poésy) must put cultural differences aside to achieve their shared goal - to catch the murderer.

They soon realise that this is not just a single murder and that they have a serial killer on their hands.

Can they work together to solve the crime?