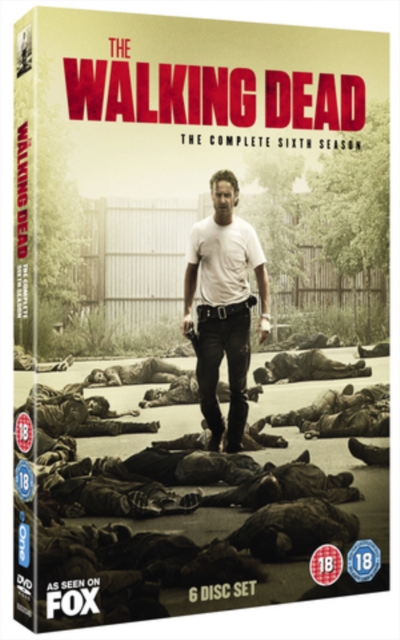 All 16 episodes from the sixth season of the US zombie adventure drama based on the comic books by Robert Kirkman.

When police officer Rick Grimes (Andrew Lincoln) wakes from a coma to find the world in the grip of a zombie epidemic, he joins a small encampment on the outskirts of Atlanta, where a band of human survivors struggle to withstand the terrifying advances of the walking dead.

In this season, Rick and his band of fellow survivors try to lead the residents of Alexandria to safety but find themselves forced to tackle the threat of the Saviors and their mysterious leader Negan.