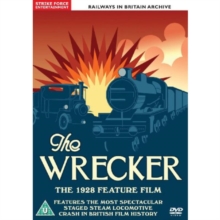 After a series of devastating train crashes, the hunt is on for the villainous saboteur (played by American film star Carlyle Blackwell) who is plotting them.

The film, which was thought lost for many years, features an early script from Angus MacPhail, who went on to provide the screenplay for the 1949 classic 'Whisky Galore!'.