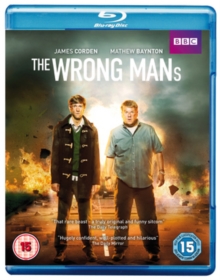 Council employees Phil Bourne (Corden) and Sam Pinkett (Baynton) become embroiled in crime and conspiracy when Sam answers a ringing mobile he finds at the scene of a car crash.

When their identity is mistaken Phil and Sam find themselves in danger, wanted by both criminals and the authorities.