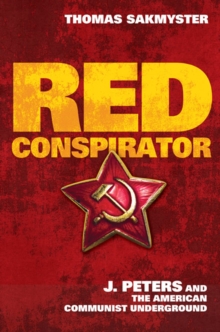 In this bold contribution to our understanding of the Communist underground in the United States, Thomas Sakmyster offers the first biography of controversial spymaster J.

Peters, a shadowy figure in the American Communist party in the 1920s through the 1940s.

Using Peters's unpublished memoir as well as multilingual sources from the United States, the United Kingdom, Hungary, and the Soviet Union, Sakmyster traces Peters's activities from his arrival in the United States to the dawn of the Cold War and his deportation back to Hungary.

Known as the "Hungarian man of mystery," Peters emigrated to the United States in 1924 after serving in the Austrian Army during World War I.

In America, he oversaw a false passport operation that facilitated movement of Soviet agents to the United States and American communists to the Soviet Union.

Working under a number of aliases, he constructed a complex network of informants and spies that stole numerous State Department documents in the 1930s.

After years of hiding underground he was arrested and deported in 1949.

While previous studies of the American Communist movement have relegated Peters to a minor role, Sakmyster reveals him to be not just the influential leader of conspiratorial Communist activities but also an important organizer in the open American Communist party.

The author of an influential handbook on Communism, Peters also set up a program to infiltrate the armed forces in the United States.

Red Conspirator is a gripping and important story that advances the ongoing debate over the extent and nature of Soviet espionage in the United States. 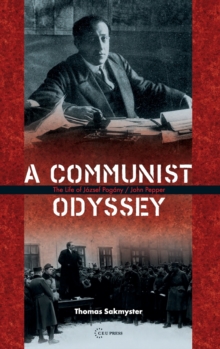