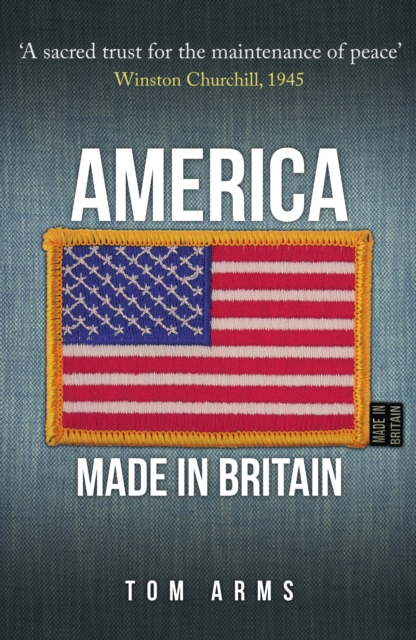 America : Made in Britain Hardback

A key element of the American dream is an unwavering belief in its uniqueness.

Somehow, it has become an article of faith that the United States emerged from the political mists of 1776 as a fully formed and unparalleled political entity without a past and with a special destiny.

America: Made in Britain provides an important corrective to this received wisdom about the US and an original insight into its 'Special Relationship' with the UK.

Author Tom Arms explains how the United States was the result of political, social, economic, philosophical and religious developments that preceded the arrival of the Pilgrim Fathers by centuries and which continued to be the overwhelming influence on the political development of America during the colonial period and beyond.

The colonists were almost entirely from the British Isles.

The fight to restore cherished British rights and liberties drove colonists to the brink of rebellion and beyond.

The Declaration of Independence and the US constitution are marked by British philosophical, legal and political fingerprints.

The Magna Carta and English common law are regularly cited in US Supreme Court judgements. Because of this, what happened in Britain centuries ago has an impact on American life today. And what was done by the British in America also influences contemporary Britain.

The Special Relationship that exists between the United Kingdom and the United States did not start with the Atlantic Charter.

Its roots were laid before the arrival of the first Jamestown settlers in 1607 and have spread to link the two countries at every conceivable level.