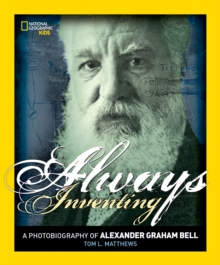 Part of the Photobiographies Series series

Alexander Graham Bell described himself perfectly when he said an inventor "can no more help inventing than he can help thinking and breathing". This fascinating profile, named a School Library Journal Best Book of the Year, uses direct quotes to give readers a vivid insight into the life of a prolific inventor, driven to succeed.

With a foreword by Gilbert M. Grosvenor, Bell's great-grandson, Always Inventing features over 70 period photographs and drawings from Bell's notebook.

From his first invention at age 11 - a tool to clean husks from wheat kernels - to his patent of the hydrofoil 64 years later, Bell was always inventing.

Bell was also one of the original founders of the National Geographic society.

Also in the Photobiographies Series series 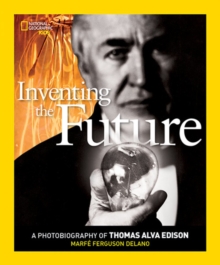