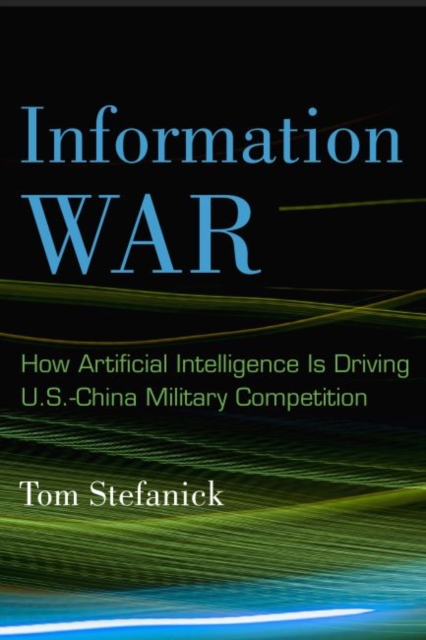 The struggle to control information will be at the heart of a U.S-China military competition.Much of the talk about intensifying confrontation between the United States and China has ignored the question of how modern technology will be wielded in a rising conflict.

This ground-breaking book by an expert in technology and national security argues that the two contemporary superpowers will base their security competition primarily on the fight to dominate information and perception. One of the crucial questions facing each country is how it will attack the adversary's information architecture while protecting its own.

How each country chooses to employ information countermeasures will, in large measure, determine the amount of friction and uncertainty in the conflict between them. Artificial intelligence will lie at the heart of this information-based war.

But the adaptation of AI algorithms into operational systems will take time, and of course will be subject to countermeasures developed by a very sophisticated adversary using disruption and deception. To determine how China will approach the conflict, this book reviews recent Chinese research into sensing, communications, and artificial intelligence.

Chinese officials and experts carefully studied U.S. dominance of the information field during and after the cold war with the Soviet Union and are now employing the lessons they learned into their own county's mounting challenge to United States. This book will interest military officials, defense industry managers, policy experts in academic and tanks, and students of national security.

It provides a sober view of how artificial intelligence will be turned against itself in the new information war.