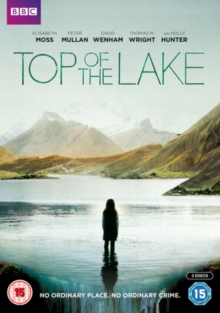 Top of the Lake DVD

Jane Campion's darkly gritty six-part crime series follows a police detective as she investigates the disappearance of a young girl in the remote New Zealand township of Lakeside, where she used to live.

When 12-year-old Tui (Jacqueline Joe), the daughter of vicious local drug lord Matt Mitcham (Peter Mullan), is found to be pregnant, her unwillingness to name the father is followed by her sudden disappearance.

Whilst visiting her dying mother (Robyn Nevin), Sydney-based detective Robin Griffin (Elisabeth Moss) finds herself drawn into the case, but as her investigations reveal more about the dysfunctional community she once fled, she uncovers a simmering, underlying brutality, with the menacing presence of Mitcham at its core.