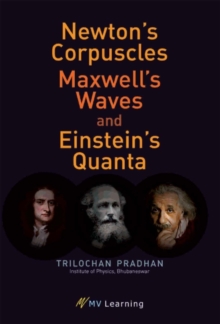 Newton thought of light rays to be streams of tiny particles called corpuscles which cause sensation of light upon striking the retina of our eyes.

But how can such corpuscles coming from two different sources interfere to give dark and bright fringes unless they kill each other at the site of dark fringe?

This probably led Thomas Young to say that light is some kind of wave motion.

But what kind? The answer to such a question came from Maxwell who showed that it is electromagnetic wave motion.

However, his electromagnetic theory failed to explain black-body spectrum and photoelectric effect.

It was through the works of Planck, Einstein and Compton, it became clear that in these experiments light behaves as particles called photon, which are different from Newton's corpuscles.

The three facets of light - corpuscles, waves and quanta, as viewed by the three great physicists - Newton, Maxwell and Einstein are the subject matter of this book.

The author has tried to show that these three are related in the sense that one can pass on from the first to the second and therefrom to the third by certain prescriptions.

The physics of all the three are presented in great detail in three chapters. 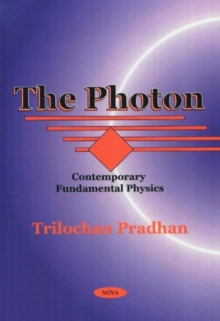