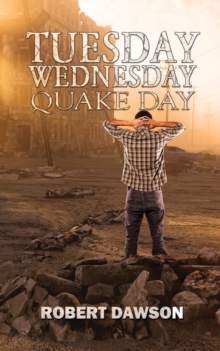 Tom is a young man from the traveller community who has a six-year-old sister, Luckry (Lucretia) who's a bit of a pain, and a 'girlfriend' (don't say that or she'll slap him) Nat.

All is going well in a kids growing up kind of way until fracking starts in the local countryside when Tom gets his nickname 'Blotch' owing to the burns he gets from corrosive chemicals stored in the mining company's yard.

But the Travelling community has some beliefs that are not held by everyone and such strong family ties that even death cannot separate generations. And when Luckry swears she's received instructions from dead Big Gran involving throwing money in a wishing well she just has to do it, even if means bringing on an earthquake ...Robert Dawson's Tuesday, Wednesday Quake Day is an endearing adventure story for children which has a central theme of acceptance and a big brother looking out for his little sister.