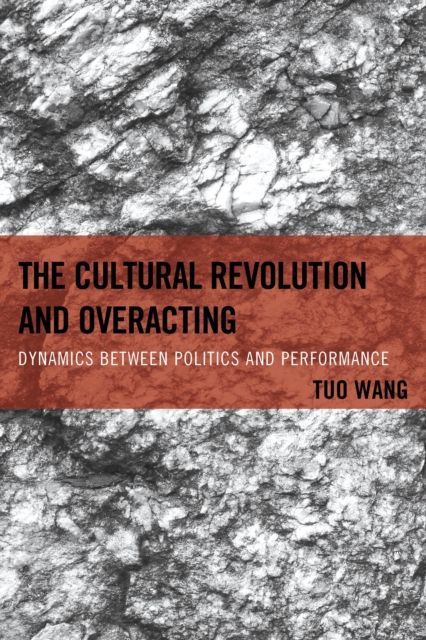 The Cultural Revolution and Overacting : Dynamics between Politics and Performance Hardback

The Great Proletarian Cultural Revolution, which took place in China between 1966 and 1976, was a major political and social tragedy in Chinese history.

As part of an effort to understand how the state enforced control amid seeming chaos, this book looks at the ubiquitous revolutionary presentations and performances of power, such as political rituals, revolutionary rhetoric, and public gatherings, in people's everyday lives during the Cultural Revolution as performances that contributed to the control of the Chinese people.

In particular, this book discusses how the promotion of revolutionary models in real life contributed to people's eagerness to perform the role of the ideal revolutionary, and how the possibility of complete revolutionary transformation, promoted by the state media, and the hard fact that no one was able to completely become a Maoist subject, who would be completely selfless and think and speak only Maoist teaching, subjected people to a state of becoming but never fully having become.

The fear of failing in the Maoist transformation constituted the inner mechanism that propelled ordinary people's radical revolutionary behavior. In addition, this book examines the audience's reaction to Jiang Qing's court performance in the trial of the Gang of Four as an anarchic liberation from the revolutionary performance of the Cultural Revolution.