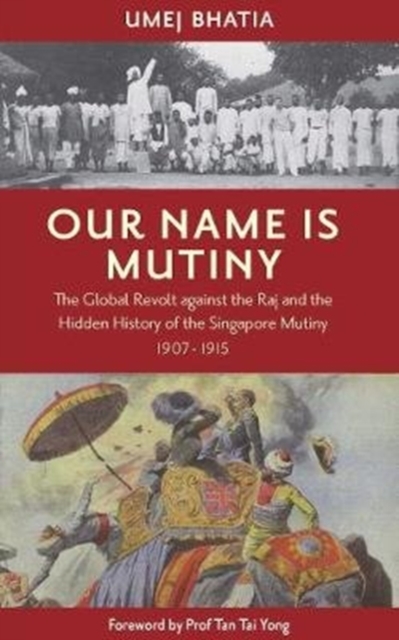 Our Name Is Mutiny : The Global Revolt against the Raj and the Hidden History of the Singapore Mutiny 1907 - 1915 Paperback / softback

In 1907, in the gathering storm of the First World War, a global revolt against the British Raj was taking shape.

A shadowy network known as the Ghadar or Mutiny Movement plotted an Indian uprising that spilled across Britain's Eastern Empire.

In 1915, the snug settlement of Singapore thus faced a mutiny by its garrison of British Indian Army soldiers or sepoys. Stoked by Indian rebels based in California, Sikh activists on a migrant voyage to Canada to contest its race laws, a German sea raider, and renegades preaching Muslim holy war, the 1915 Singapore sepoy mutiny fused several plots against imperial power in the region. This book reveals the hidden history of the mutiny and exposes the forces that converged on the small island en-route to the revolt against the British Empire in India.

The story of the men and women behind the world-wide rebellion and the Singapore mutiny is brought to life in this thrilling non-fiction narrative that spotlights the legacy of the forgotten uprisings.