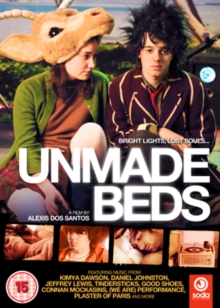 Vera (François) and Axl (Tielve) are two wide-eyed young expatriates squatting in a London warehouse, who move in intersecting social circles but whose paths do not cross until fate steps in.

Spaniard Axl has come to England to find his long-lost British father and learn more about his hazy past, while gorgeous Belgian Vera, recently dumped by her boyfriend, is seeking to forget the past as swiftly as possible and move on with her life.