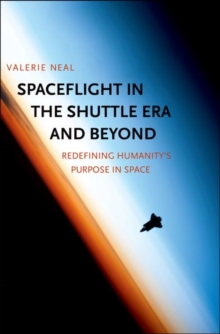 Spaceflight in the Shuttle Era and Beyond : Redefining Humanity's Purpose in Space Hardback

An exploration of the changing conceptions of the iconic Space Shuttle and a call for a new vision of spaceflight The thirty years of Space Shuttle flights saw contrary changes in American visions of space.

Valerie Neal, who has spent much of her career examining the Space Shuttle program, uses this iconic vehicle to question over four decades' worth of thinking about, and struggling with, the meaning of human spaceflight.

She examines the ideas, images, and icons that emerged as NASA, Congress, journalists, and others sought to communicate rationales for, or critiques of, the Space Shuttle missions.

The book's multidisciplinary approach reveals these competing depictions to examine the meaning of the spaceflight enterprise.

Given the end of the Space Shuttle flights in 2011, Neal makes an appeal to reframe spaceflight once again to propel humanity forward. 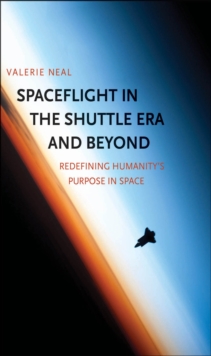 Spaceflight in the Shuttle Era and...