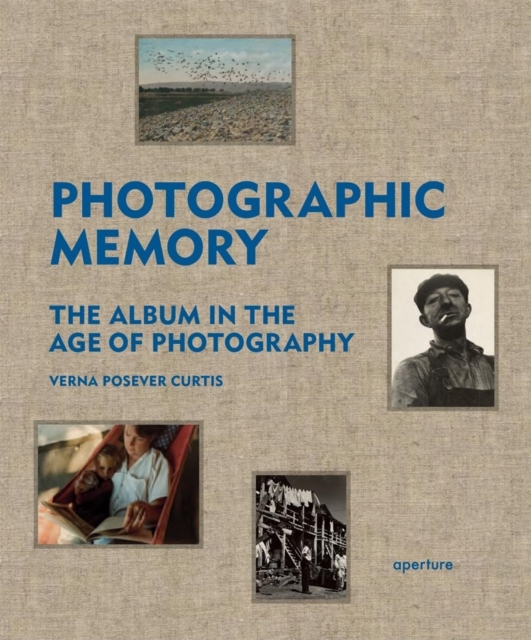 Photographic Memory : The Album in the Age of Photography Hardback

As photography became an increasingly accessible medium in the twentieth century, the popularity of the photographic album exploded, yielding a wonderful range of objects made for varying purposes-to memorialize, document (officially or unofficially), promote, or educate, and sometimes simply to channel creative energy.

Photographic Memory: The Album in the Age of Photography traces the rise of the album from the turn of the century to the present day, showcasing some of the most important examples in the history of the medium, as collected by the Library of Congress.

The albums that comprise Photographic Memory provide an immensely personal and idiosyncratic historical perspective through the many lenses of these unique objects.

From an Alaskan expedition album of Edward Sheriff Curtis's early work, to Walker Evans's extended suite of images in study for Let Us Now Praise Famous Men, to a family album by Danny Lyon, this beautifully produced book provides an in-depth look at the history of photography through the handmade objects of some its most famous practitioners, much of which is previously unpublished.

The book includes works by photographers and filmmakers such as F.

Eugene Smith alongside lesser-known, yet significant albums on subjects as varied as African American vaudeville, the 1915 Jerusalem locust plague, and the folkways of Spain.

Each album, beautifully reproduced over numerous spreads, is accompanied by a detailed explanatory text.

An insightful history of the album format is included, as well as an informative essay about caring for and restoring albums.

At a time when the physical collection of photographs is becoming largely immaterial through digital means, Photographic Memory is a comprehensive illustrated history of a form of presentation that became an art form in itself-a history that has seen radical shifts in the role of handmade artist's objects.