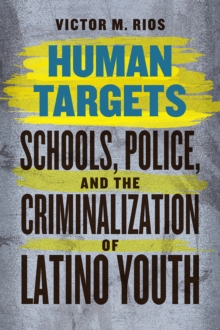 At fifteen, Victor Rios found himself a human target flat on his ass amid a hail of shotgun fire, desperate for money and a place on the street.

Faced with the choice of escalating a drug turf war or eking out a living elsewhere, he turned to a teacher, who mentored him and helped him find a job at an auto shop.

That job would alter the course of his whole life putting him on the road to college and eventually a PhD.

Now, Rios is a rising star, hailed for his work studying the lives of African American and Latino youth.

In Human Targets, Rios takes us to the streets of California, where we encounter young men who find themselves in much the same situation as fifteen-year-old Victor.

We follow young gang members into schools, homes, community organizations, and detention facilities, watch them interact with police, grow up to become fathers, get jobs, get rap sheets and in some cases get killed.

What is it that sets apart young people like Rios who succeed and survive from the ones who don't?Rios makes a powerful case that the traditional good kid/bad kid, street kid/decent kid dichotomy is much too simplistic, arguing instead that authorities and institutions help create these identities and that they can play an instrumental role in providing young people with the resources for shifting between roles.

In Rios's account, to be a poor Latino youth is to be a human target victimized and considered an enemy by others, viewed as a threat to law enforcement and schools, and treated with stigma, disrepute, and punishment.

That has to change. This is not another sensationalistic account of gang bangers.

In our post-Ferguson era, Human Targets is essential reading. 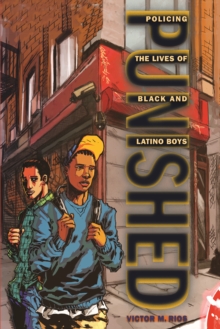 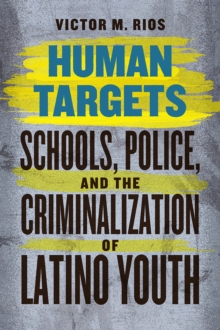 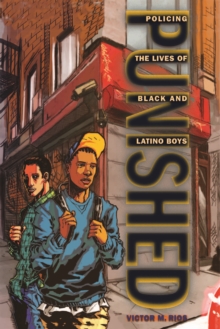