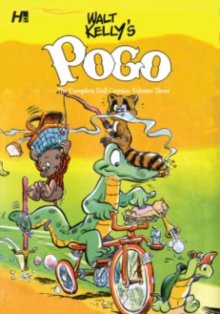 Walt Kelly's Pogo, acknowledged as one of the most importantand influential comic strips of all time, first appeared not in newspapers butas a feature in the Dell comic book anthology Animal Comics, as well asin Dell's Four Color Comics before getting its own title, PogoPossum, in 1949.

It was here, in the four-color world of comic books, thatthe feature and its characters grew and matured, ultimately becoming one of theworld's most famous comic strips. Now fans of Pogo can see it all from the beginning with HermesPress' reprint of the complete Dell Comics Pogo.

Noted comicshistorian Thomas Andrae observed that with Pogo, "Walt Kellycreated a strip that is both poetic and graphically stunning as well as animportant commentary on our times." With Hermes Press' complete reprint of Dell Comics Pogo,admirers of this groundbreaking comics feature can now witness the strip'sevolution, in an archival hardcover, digitally reconstructed to perfection. This volume reprints Pogo Possum issues #3-6. 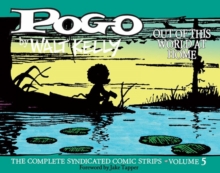 Pogo: The Complete Syndicated Comic Strips Vol. 5: 'out Of T His World At Home' 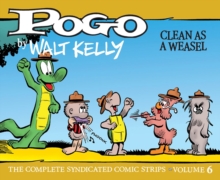 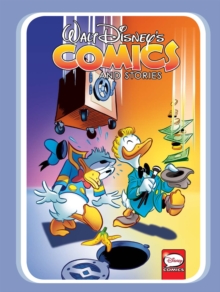 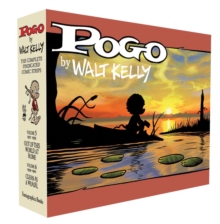