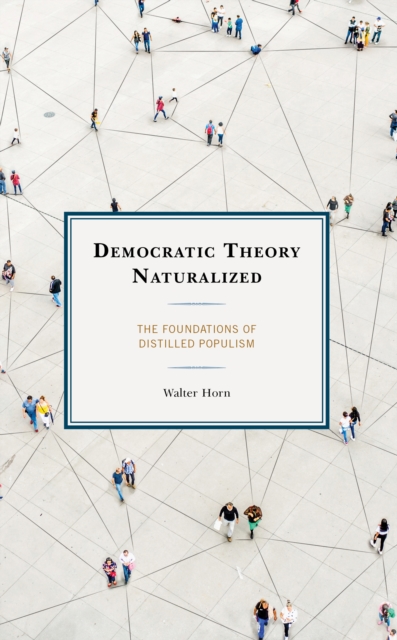 To some, the word populism suggests the tyranny of the mob; to others, it suggests a xenophobic nativism.

It is often even considered conducive to (if not simply identical to) fascism.

In Democratic Theory Naturalized: The Foundations of Distilled Populism, Walter Horn uses his theory of "CHOICE Voluntarism" to offer solutions to some of the most perplexing problems in democratic theory and distill populism to its core premise: giving people the power to govern themselves without the constraints imposed by those on the left or the right.

Beginning with explanations of what it means to vote and what makes one society better off than another, Horn analyzes what makes for fair aggregation and appropriate, deliberative representation.

Through his examination of the American government, Horn suggests solutions to contemporary problems such as gerrymandering, immigration control, and campaign finance, and offers answers to age-old questions like why dissenters should obey the majority and who should have the right to vote in various elections.