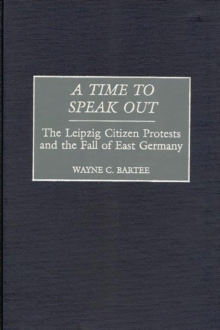 A Time to Speak Out : The Leipzig Citizen Protests and the Fall of East Germany Hardback

Among the surprising events in Eastern Europe in 1989, none astonished the world more than the nonviolent overthrow of the East German Communist regime.

This book examines the collapse of East Germany as it unfolded in one city, Leipzig.

Analyzing the leading role of the GDR's second largest city, Bartee combines chronological and descriptive narration of events with an in-depth critique of leading actors and groups.

Prominent among these are the Protestant churches and the array of opposition groups concerned for peace, freedom, human rights, justice, and the environment. Bartee focuses in particular on the famous peace prayer services in St.

Nicholas Church and the protest activities of the groups as they expanded into the mass demonstrations of late 1989.

Using surveys and interviews with participants, as well as Leipzig archives, this study examines the motivations and methods of the demonstrators.

Bartee concludes that, while the prayer services provided hope, inspiration, and information, the strong desire for a free, open society served as the group's chief motivation. 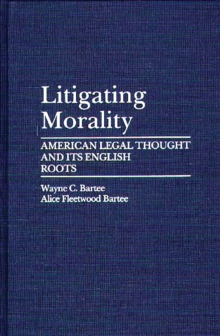 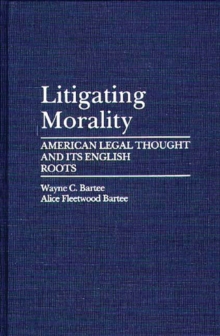