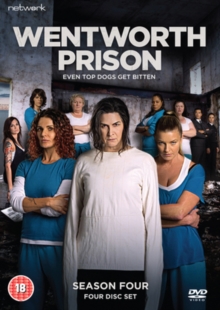 The complete fourth season of the Australian TV drama, a reimagining of 'Prisoner Cell Block H', the popular soap broadcast between 1979 and 1986.

The show follows Bea Smith (Danielle Cormack), one of the most iconic 'Prisoner Cell Block H' characters, through her experiences at Wentworth Detention Centre as she attempts to establish herself as a force to be reckoned with in the prison.