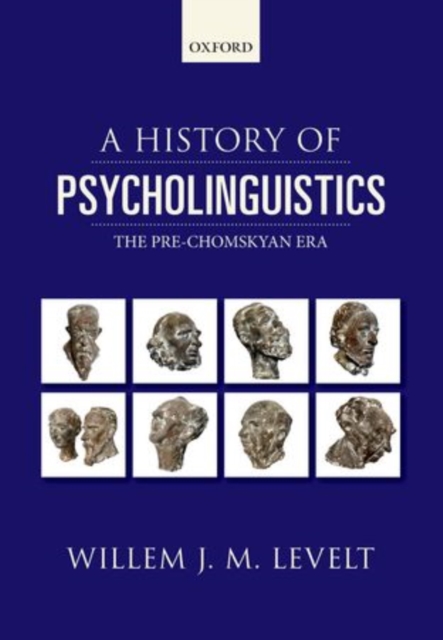 A History of Psycholinguistics : The Pre-Chomskyan Era Paperback / softback

How do we manage to speak and understand language? How do children acquire these skills and how does the brain support them?These psycholinguistic issues have been studied for more than two centuries.

Though many Psycholinguists tend to consider their history as beginning with the Chomskyan "cognitive revolution" of the late 1950s/1960s, the history of empirical psycholinguistics actually goes back to the end of the 18th century.

This is the first book to comprehensively treat this "pre-Chomskyan" history.

It tells the fascinating history of the doctors, pedagogues, linguists and psychologists who created this discipline, looking at how they made their important discoveries about thelanguage regions in the brain, about the high-speed accessing of words in speaking and listening, on the child's invention of syntax, on the disruption of language in aphasic patients and so much more.

The book is both a history of ideas as well of the men and women whose intelligence, brilliant insights,fads, fallacies, cooperations, and rivalries created this discipline.

Psycholinguistics has four historical roots, which, by the end of the 19th century, had merged.

By then, the discipline, usually called the psychology of language, was established.

The first root was comparative linguistics, which raised the issue of the psychological origins of language.

The second root was the study of language in the brain, with Franz Gall as the pioneer and the Broca and Wernicke discoveries as major landmarks.

The third root was the diary approach to child development,which emerged from Rousseau's Emile.

The fourth root was the experimental laboratory approach to speech and language processing, which originated from Franciscus Donders' mental chronometry.

Wilhelm Wundt unified these four approaches in his monumental Die Sprache of 1900.

These four perspectives ofpsycholinguistics continued into the 20th century but in quite divergent frameworks.

There was German consciousness and thought psychology, Swiss/French and Prague/Viennese structuralism, Russian and American behaviorism, and almost aggressive holism in aphasiology.

As well as reviewing all these perspectives, the book looks at the deep disruption of the field during the Third Reich and its optimistic, multidisciplinary re-emergence during the 1950s with the mathematical theory of communicationas a major impetus.

A tour de force from one of the seminal figures in the field, this book will be essential reading for all linguists, psycholinguists, and psychologists with an interest in language.