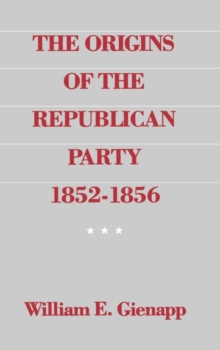 The Origins of the Republican Party 1852-1856 Hardback

During the 1850s, the Jacksonian party system broke down in the North and a new sectional party, the Republicans, succeeded the Whigs in the nation's two party system.

Using demographic, voting, and other statistical analysis,as well as the more traditional methods and sources of political history, William Gienapp powerfully demonstrates that the organization of the Republican party was a difficult, complex, and lengthy process, and explains why, even after aninauspicious beginning, it ultimately became a potent political force.