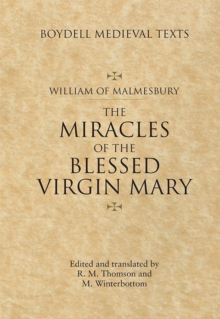 This is the first title in the new series Boydell Medieval Texts, which will provide scholarly editions of major works with facing translation. Written c. 1135 by the Benedictine monk, historian and scholar William of Malmesbury (d. 1143), The Miracles of the Blessed Virgin Mary is of interest on several counts.

It belongs in the first wave of collected miracles of the Virgin, produced by English Benedictine monks in the 1120s and '30s.

These collections were to be influential across Europe and through the rest of the medieval period.

Only two copies of William's work survive in anything like its complete form, and only one of them represents the finished product.

But many of the stories were also transmitted separately, in groups or individually; the systematic use of this evidence is a feature of this new text. The work is written in elegant Latin and embellished with William's customary erudition, including frequent quotations and echoes from (sometimes unusual) ancient authors.

His instinct as a historian is to the fore, as he tries to establish historical context and credibility for his stories. Above all, the scope of the collection is surprisingly international, including stories drawn from all around the Mediterranean. This is an important document in the history of Marian devotion in medieval Europe.

In his long Prologue (which enjoyed some independent circulation), William argues strongly for the Virgin's Immaculate Conception and bodily Assumption, doctrines still not generally accepted in western Europe at the time. With the appearance of this book all of William of Malmesbury's major works are available in modern editions and translations.

Also by William of Malmesbury   |  View all 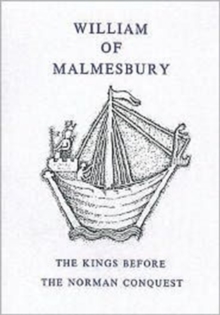 Kings Before the Norman Conquest 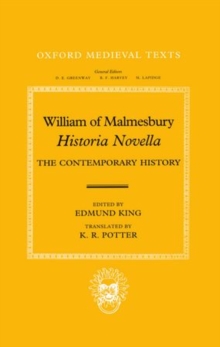 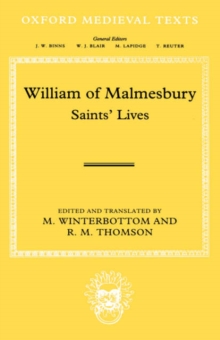 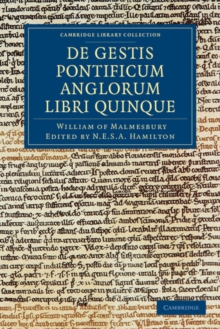