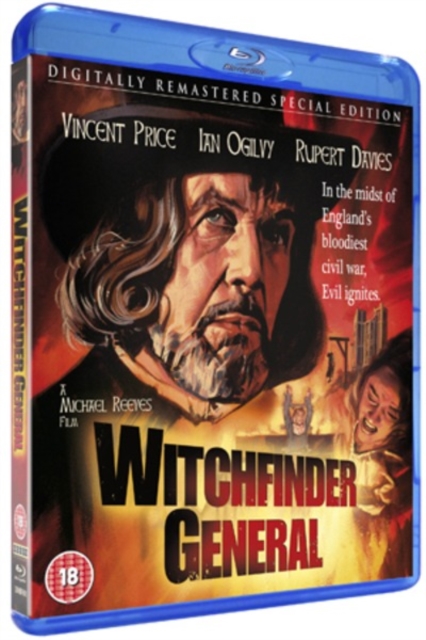 In England during the time of Cromwell, the villainous lawyer Matthew Hopkins (Price) travels the country hunting down and torturing those he proclaims witches.

Spreading violence and terror in his wake, Hopkins encounters little opposition until he persecutes the Marshall family, and young Richard Marshall (Ian Ogilvy) resolves to put an end to the witchfinder's infamy.

This, the third and final film from director Michael Reeves (who died shortly after it was released), was filmed in Norfolk and Suffolk and is often considered one of the greatest British films ever made, being especially noteworthy for its use of the rural landscape.