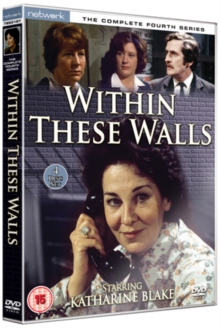 Within These Walls: Series 4 DVD

All 17 episodes from the fourth season of the 1970s ITV drama series set in a women's prison.

Googie Withers stars as Faye Boswell, the newly appointed governor of HMP Stonepark, who, in contrast to her predecessors, is more sympathetic to the concerns of the inmates - a situation that inevitably leads to conflict with her more traditional colleagues.