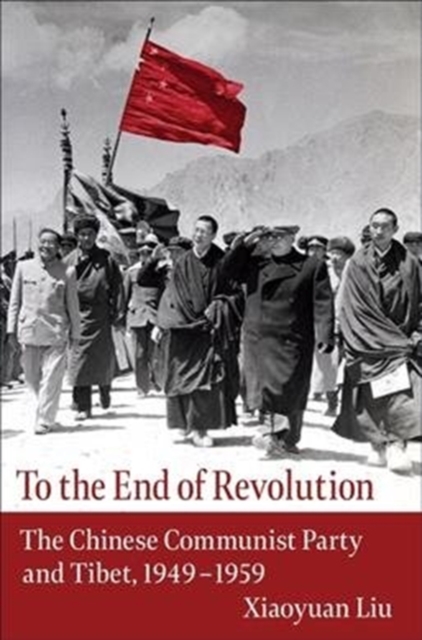 To the End of Revolution : The Chinese Communist Party and Tibet, 1949-1959 Hardback

The status of Tibet is one of the most controversial and complex issues in the history of modern China.

In To the End of Revolution, Xiaoyuan Liu draws on unprecedented access to the archives of the Chinese Communist Party to offer a groundbreaking account of Beijing's evolving Tibet policy during the critical first decade of the People's Republic. Liu details Beijing's overarching strategy toward Tibet, the last frontier for the Communist revolution to reach.

He analyzes how China's new leaders drew on Qing and Nationalist legacies as they attempted to resolve a problem inherited from their predecessors.

Despite acknowledging that religion, ethnicity, and geography made Tibet distinct, Beijing nevertheless forged ahead, zealously implementing socialist revolution while vigilantly guarding against real and perceived enemies.

Seeking to wait out local opposition before choosing to ruthlessly crush Tibetan resistance in the late 1950s, Beijing eventually incorporated Tibet into its sociopolitical system.

The international and domestic ramifications, however, are felt to this day. Liu offers new insight into the Chinese Communist Party's relations with the Dalai Lama, ethnic revolts across the vast Tibetan plateau, and the suppression of the Lhasa Rebellion in 1959.

Placing Beijing's approach to Tibet in the contexts of the Communist Party's treatment of ethnic minorities and China's broader domestic and foreign policies in the early Cold War, To the End of Revolution is the most detailed account to date of Chinese thinking and acting on Tibet during the 1950s.