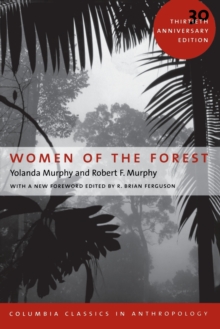 Women of the Forest Paperback / softback

When it originally appeared, this groundbreaking ethnography was one of the first works to focus on gender in anthropology.

The thirtieth anniversary edition of Women of the Forest reconfirms the book's importance for contemporary studies on gender and life in the Amazon.

The book covers Yolanda and Robert Murphy's year of fieldwork among the Mundurucu people of Brazil in 1952.

The Murphy's ethnographic analysis takes into account the historical, ecological, and cultural setting of the Mundurucu, including the mythology surrounding women, women's work and household life, marriage and child rearing, the effects of social change on the female role, sexual antagonism, and the means by which women compensate for their low social position.

The new foreword-written collectively by renowned anthropologists who were all students of the Murphys-is both a tribute to the Murphys and a critical reflection on the continued relevance of their work today. 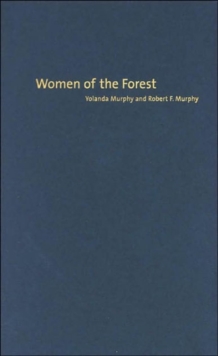 Women of the Forest