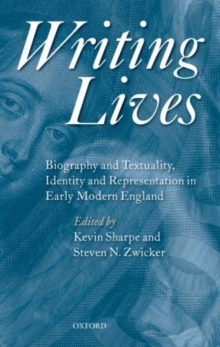 Biography appears to thrive as never before; and there clearly remains a broad readership for literary biography.

But the methods and approaches of recent criticism which have contributed rich insights and asked new questions about the ways in which we interrogate and appreciate literature have scarcely influenced biography.

Biography as a form has been largely unaffected by either new critical or historical perspectives.

For early-modern scholars the biographicalmodel, fashioned as a stable form in the eighteenth century, has been, in some respects, a distorting lens onto early-modern lives.

In the Renaissance and early-modern period rather the biography's organic and developmental narratives of a coherent subject, lives were written and represented in abewildering array of textual sites and generic forms. And such lives were clearly imagined and written not to entertain or even simply to inform, but to edify and instruct, to counsel and polemicize.

It is only when we understand how early moderns imagined and narrated lives, only that is through a full return to history and an exact historicizing, that we can newly conceive the meaning of those lives and begin to rewrite their histories free of the imperatives and teleologies of Enlightenment.

In Writing Lives literary scholars, cultural critics, and historians of ideas and visual media, currently engaged both with early modern conceptions of the life and our own conceptualizing of the biographical project, reflect on the problems of writing lives from the various perspectives of their own research and in the form of case studies informed by new questions.