Paideia - The World of the Second Sophistic Paperback / softback

In the World of the Second Sophistic, education, paideia, was a crucial factor in the discourse of power.

Knowledge in the fields of medicine, history, philosophy, and poetry joined with rhetorical brilliance and a presentable manner became the outward appearance of the elite of the Eastern Roman Empire.

This outward appearance guaranteed a high social status as well as political and economical power for the individual and major advantages for their hometowns in interpolis competition.

Since paideia was related particularly to Classical Greek antiquity, it was, at the same time, fundamental to the new self-confidence of the Greek East.

This book presents, for the first time, studies from a broad range of disciplines on various fields of life and on different media, in which this ideology became manifest.

These contributions show that the Sophists and their texts were only the most prominent exponents of a system of thoughts and values structuring the life of the elite in general. 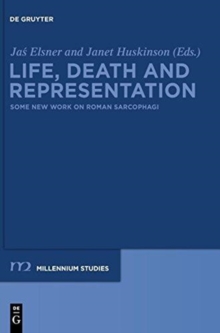